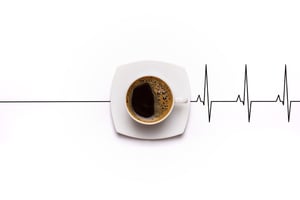 The medical group will become part of UnitedHealth Group’s OptumCare division, which has affiliations with over 30,000 physicians and works with more than 80 health plans. DaVita has struggled to create a profit with its medical group since it launched five years ago.

If patients with kidney disease progress toward kidney failure, they may also develop diabetes, researchers have found. The elevated levels of urea raise the risk for diabetes. These higher levels pose a 23 percent increased risk of developing diabetes, according to the study.

For patients with stage 4 or 5 CKD, medication discrepancies like taking different dosages than prescribed are common. These discrepancies could pose serious risks. They commonly happen because late stage CKD patients are frequently hospitalized and can experience fragmented medical care and inadequate communication and pharmacology.

Researchers found that of the 713 patients they studied, over half had at least one discrepancy and more than 12 percent had five or more.

Researchers found patients who took PPIs for heartburn or acid reflex were at a significantly increased risk of developing CKD or ESRD. Researchers are working to determine whether the association is causal or requires additional investigation.

Stay up to date on the latest kidney care news. Subscribe to our blog.