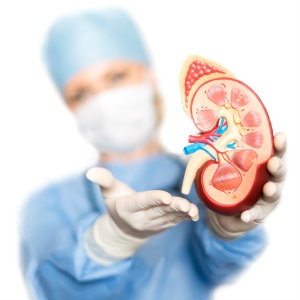 Researchers found a fistula attempt could be a “surrogate marker for a healthy patient who has had good care prior to starting dialysis,” while catheters were preferred for patients who had a short life expectancy, an acute kidney injury or poor blood vessels.

The researchers also discovered that excess mortality rates in dialysis patients with catheters do not appear to be due to access-related complications but rather the result of “residual confounding, unmeasured comorbidity, or treatment selection bias.”

Changes proposed as part of the Medicare Physician Fee Schedule could cut revenue for vascular access centers by up to 40 percent. Additional changes to the Medicare Fee Schedule would impact payments given to nephrologists.

The president of the American Society of Diagnostic and Interventional Nephrology, Dr. Kenneth Abelo, wrote that the disruption caused by the proposed rule would “lead to reduced patient access to timely care and overall reduction in the quality of care received,” if it were passed.

Hospitalization among Patients with CKD Preventable

Research from the Clinical Journal of the American Society of Nephrology found that many hospitalizations among chronic kidney disease patients could be prevented and that medical professionals could improve outcomes by focusing on better community-based care.

Source: Clinical Journal of the American Society of Nephrology

Anxiety disorders are an important clinical problem in patients with ESRD treated with hemodialysis, researchers say. These patients should be evaluated for anxiety disorders as part of their psychosocial assessment. Researchers also note that patient behaviors that may seem irrational could indicate underlying anxiety.