Kidney Care News: ESRD Projected to Increased in the US through 2030 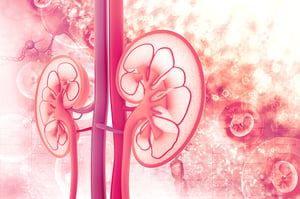 early dialysis initiation, researchers found. Smoking, older age and proteinuria significantly increased the risk for  two or more comorbidities. The most common comorbidities found in these patients are diabetes, hypertension and hyperlipidemia.

Fresenius Sees Drop in Revenue in Third Quarter
Fresenius Medical Care AG and Co. reported a 6 percent drop in earnings during the third quarter primarily due to lower-than-anticipated earnings from its US-based dialysis services business. The report knocked the company’s share price down 16.8 percent. The company also reported there were higher patient care and supply costs for the third quarter.

Risk of Vascular Access Infections Increased with Insurance-Related Disparities in Dialysis
Patients who start hemodialysis and need Medicare must wait three months after starting treatment to obtain coverage. This time period without insurance results in delays in the placement and use of arteriovenous fistulas and grafts, compared to patients who begin treatment and already have Medicare or Medicaid, researchers found. Despite the short time period without insurance, the disparity in arteriovenous fistula and graft use continues through the first year of hemodialysis.

ESRD Projected to Increased in the US through 2030
Researchers have predicted the burden of ESRD will increase in the US through 2030 because of demographic, clinical and lifestyle shifts in the population and improvements in renal replacement therapy. Future interventions, researchers note, should be directed at preventing the progression of CKD to kidney failure.