Pharmaceutical therapy is integral to ESRD treatment and has positive health outcomes. 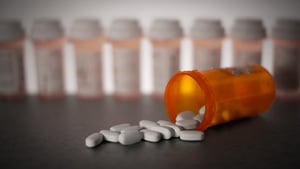