(Gleaned from 2018 USRDA Data Volume 2: ESRD in the United States)

Incidence is the ratio of total new cases in a population divided by total population. Incidence refers to new cases of the disease in the population in a year.

Incidence rates of treated ESRD have remained relatively stable since 2002-2003 in most high-income countries, but have actually declined by 2 percent to 10 percent in Austria, 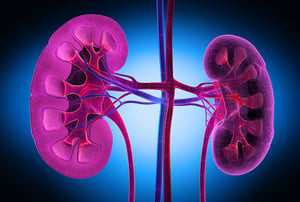 Prevalence is the ratio of the total number of patients diagnosed and getting treatment of a disease to the total population. It tells how widespread disease is in a population.

Although ESRD incidence rates have been stable or decreasing in many countries during recent years, ESRD prevalence per million population (PMP) has steadily increased in all 36 countries that provided data from 2003 to 2015 and/or 2016. Over this period, the median percent increase in ESRD prevalence was 43 percent. The largest proportionate increases in ESRD prevalence between 2003/04 and 2015/16 were observed in the Jalisco region of Mexico, Thailand and the Philippines, ranging from 213 percent to 548 percent, followed by rises of 113 percent to 212 percent in the Republic of Korea, Turkey, Brazil, Malaysia and Russia.

In the United States, ESRD prevalence increased 42 percent overall from 2003/04 to 2015/16, with a nearly average annual increase of 53.3 patients PMP per year. The eight countries with the highest average annual increases in ESRD prevalence were Taiwan (122), Thailand (106), the Jalisco region of Mexico (84), the Republic of Korea, Malaysia, Japan, and Singapore (61-76), and the United States (53). The prevalence of ESRD PMP was higher for males than females in every country except in Taiwan.