(Gleaned from 2018 USRDA Data Volume 2: ESRD in the United States)

Prevalence is the ratio of the total number of patients diagnosed and getting treatment of a disease to the total population. It tells how widespread a disease is in a population.

In 2016, more than 2.4 million patients were treated for ESRD in the 61 countries that 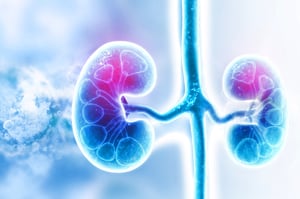 Spain, Iran, the United Kingdom, Turkey, Taiwan, France, the Republic of Korea and Thailand reported between 52,000 and 100,000 ESRD patients treated in 2016, while all other countries indicated smaller populations (range 224 in Iceland to 44,544 in Russia, with approximately 9,800 treated patients in the median country of Hungary).

ESRD prevalence varied nearly 30-fold around the world. Taiwan reported the highest treated ESRD prevalence of 3,392 per million population (PMP), followed by Japan at 2,599 patients PMP and the United States at 2,196 PMP. Singapore, Portugal, the Republic of Korea, Thailand, and the Jalisco region of Mexico also reported a very high prevalence, ranging from 1,447 to 2,076 PMP.

In just over one-quarter of the countries, the prevalence ranged from 1,000 to 1,500 PMP, while approximately 45 percent reported 600 to 999 prevalent ESRD patients PMP. These included many countries in Western, Central, and Eastern Europe, Australia and New Zealand, the South American countries of Argentina, Colombia, and Brazil, and the Middle Eastern nations of Qatar, Iran, Kuwait, Jordan, and Saudi Arabia. Lowest prevalence rates ranging from 117 to 540 PMP were reported by Bangladesh, South Africa, Ukraine, Belarus, Iraq, Russia, Indonesia, Guatemala, Albania, Peru, Latvia, Serbia and Bulgaria.