“The ability to monitor cardiac output is one of the important cornerstones of hemodynamic assessment ...in particular in patients with pre-existing cardiovascular comorbidities.” 1 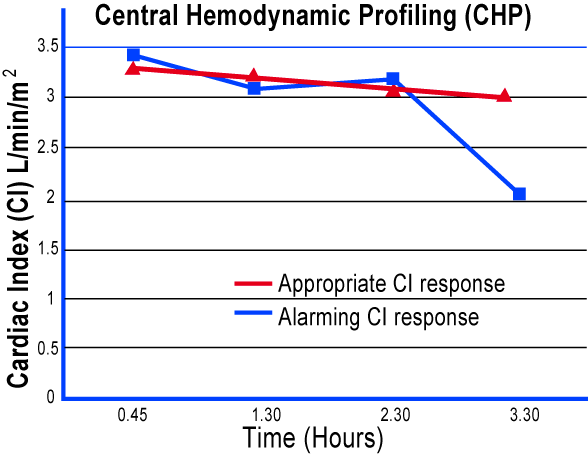 It is incumbent upon the nephrologist to order periodic cardiac function tests, and track the results along with its associated vascular access flow rates. While access flow remains fairly constant during a hemodialysis treatment, cardiac output decreases an average of 20% during the treatment causing less blood flow to be available to sustain the body’s vital functions. A healthy body will respond to this by increasing peripheral resistance to sustain the blood supply to the heart and brain. Other considerations include: