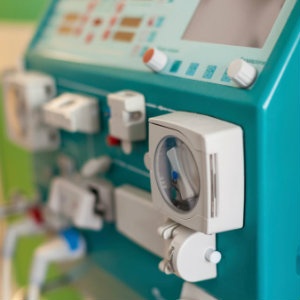 The causes of sudden death in hemodialysis patients are not known. Many patients do not seem to have the typical high-risk factors such as coronary artery disease and heart failure that are associated with sudden death (SCD) in the general population. Their sudden deaths may be related to symptoms associated with chronic kidney disease itself such as vascular calcification, left ventricular hypertrophy, electrolyte/fluid abnormalities, autonomic dysfunction or inflammation.

But until sudden death among hemodialysis patients is better understood, it is critical to minimize its risk as much as possible. One way is to pay careful ongoing attention to and management of a patient’s important basic parameters such as fluid balance, electrolytes and blood pressure.

Another invaluable tool is the assessment and trending of cardiac function with the Transonic Hemodialysis Monitor. Through a simple innocuous injection of saline during the hemodialysis session, cardiac output and cardiac index are measured. By trending these parameters over time with central hemodynamic profiling, clinicians can better understand the cardiac function of each of their dialysis patients and be alerted to a potential cardiac problem in a patient before it produces a fatal result.