No individual data source exists that captures the disease experiences of all Americans who live with kidney disease. A large proportion of the USRDS information is drawn from Medicare 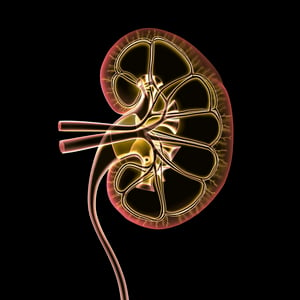 beneficiaries. However, they are not a nationally representative population. Since 2017, two new data sources have been utilized that have expanded the USRDS’s coverage of the U.S. population.

Moreover, the USRDS continues to expand its analyses of Veterans Health Administration Data (VHA) that derives information from more than six million veterans.

In the interest of focusing attention on disparities whenever possible, the 2017 Annual Data Report (ADR) characterizes the ESRD population by race and ethnicity categories, as opposed to race or ethnicity. As the Hispanic population in America grows, it has become more meaningful and accurate to examine separate cohorts of non-Hispanic White, non-Hispanic Black, and Hispanic patients, the majority of whom identify themselves as White. In the interest of examining regional differences, and to provide information salient to our audiences in different areas of the country, geographic variations by health service area or ESRD network are reported.

A new chapter on CKD in children and adolescents was included in 2018, along with continued expanded coverage of ESRD among children, adolescents and young adults, including information about childhood-onset ESRD among patients who have transitioned to adulthood.

The ESRD hospitalization chapter in the ADR now includes emergency department visits and observation stays, in addition to the continued emphasis on inpatient stays and readmissions.