Historically, there have been significant differences in the choice of a vascular access between Europe, Canada, and the United States. The Dialysis Outcomes and Practice Patterns Study (DOPPS) studied international practice patterns which revealed large variations in vascular access practice among different countries.

Between 2005 and 2007, Japan, Italy, Germany, France, Spain, the UK, Australia and New Zealand used a native arteriovenous fistula (AVF) in 67 - 91% of patients undergoing 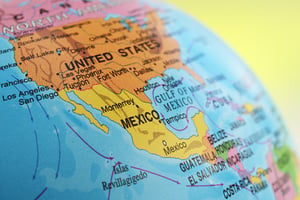 dialysis. Belgium, Sweden and Canada used a fistula in between 50 - 59% of patients. In contrast, fistula use in the United States was only 34.1 % at the end of 2003. However, that changed dramatically with the Centers for Medicare and Medicaid Fistula First Breakthrough Initiative that brought the use of arteriovenous fistulas to over 60 percent in the United States by 2012.

While AVF use was increasing in the United States, it was declining in Italy, Germany and Spain. The DOPPS study found that patients were consistently less likely to use an AVF versus other types of vascular accesses if they were female, elderly, obese, had diabetes and/or peripheral vascular disease. In addition, countries with a greater prevalence of diabetics undergoing hemodialysis had fewer patients using an AVF. Catheter use rose 1.5 - 3 fold among prevalent patients in many countries from 1996 to 2007, even among non-diabetic patients in the 18 - 70 age range.

Furthermore, 58 - 73% of patients had a CVC for the initiation of dialysis in five countries despite 60 - 79% of patients having been seen by a nephrologist more than four months prior to ESRD. A patient’s preference for a CVC also varied across countries, ranging from 1% of hemodialysis patients in Japan and 18% in the United States, to 42% - 44% in Belgium and Canada. The median time from referral for vascular access creation varied from 5 - 6 days in Italy, Japan and Germany to 40 - 43 days in the UK and Canada.

The 2016 European Guidelines strongly recommend early referral of ESRD patients to the nephrologist to minimize the use of catheters and reduce catheter related morbidity and the need for hospitalization.] When hemodialysis is the choice, time from referral to surgery for vascular access creation should be as short as possible. Early referral to the nephrologist is also recommended for interventions to delay renal damage and to ameliorate hypertension, anemia and the metabolic effects of renal failure.