Why do Japanese Hemodialysis Patients Live Longer than their American & European Counterparts? 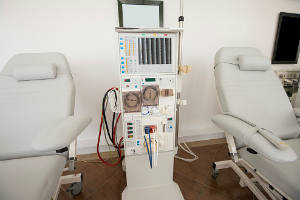 It has been observed that Japanese hemodialysis (HD) patients live longer than HD patients in North America and Europe. In an editorial in Artificial Organs, Dr. Matsuda, past president of the Society of Artificial Organs, and colleagues Rachel Fissell and Stephen Ash from the United States and Bernd Stegmayr from Sweden explore the different factors that may contribute to superior survival of Japanese hemodialysis patients. It is their hope that by identifying key Japanese practice patterns, they could be optimized to improve the survival of HD patients in other countries.

Demographically, in Japan, there are more men on dialysis than women (59% vs. 41%). Japanese hemodialysis patients smoke more than their counterparts in other countries. They are better educated, more are married, and employed, and they have fewer mental health issues.

Differences in comorbidities between Japanese HD patients and HD patients from other countries does not fully explain the superior survival in Japanese HD patients. Notable differences between Japanese practice modalities and those in other countries include prevalence of AV fistulas, fewer catheters, longer treatment times, slower ultrafiltration rates, meticulous attention to minimizing air emboli during treatment, less intensive anemia management, and less use of antibiotics. Cultural differences that also could contribute to longer survival include Japanese adherence to a recommended diet, patients remain for the full treatment and do not eat high fat foods prior to and during treatment.