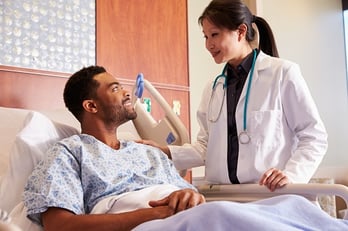 Hospitals Focus On Reducing Harm When harm occurs, it’s natural to want to blame someone. Patient safety experts, however, say that medical errors aren’t necessarily the fault of a person, but rather the result of a faulty system. Several hospitals have made efforts to reduce harm by:

Even More Patient Data is Coming to Hospitals

IBM recently announced the acquisition of Truven Health Analytics, which will give the tech giant some 4,000 new hospital clients. The chief health officer of Watson Health—the healthcare arm of IBM’s Watson technology—says that thanks to IBM’s trusted relationships in the healthcare space, its massive amounts of healthcare data and its partnerships, hospital executives and physicians will be able to get insights they were previously unable to access.

Brigham and Women’s Hospital (BWH) in Boston is publishing a blog about the hospital’s medical errors. Updated once a month, the blog details an error or near-miss that occurs at the hospital. Why publicly document your medical errors? According to the hospital, it’s all about transparency. The hospital hopes sharing these stories will help educate prospective patients, BWH staff and medical professionals outside the hospital.