Every month we collaborate with a distinguished leader in their respective research field and organize a live webinar. Our aim is to create a platform for scientists to reach out to each other, learn from one another, start new collaborations, and help life science move forward. 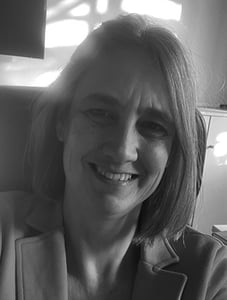 Earlier, Dr. Daphne Merkus - associated with the Erasmus University in Rotterdam and the LMU in Munich - presented her group’s work on chronic models of pulmonary hypertension. Focusing not only on collected data, but also showcasing an instructional video that covered the chronic instrumentation of swine for the measurement of blood flow from the pulmonary artery (PA) and left anterior descending artery (LAD), as well as pressure in the descending thoracic aorta.

Pulmonary hypertension (PH) has been defined as elevated mean arterial pressure > 25mmHg at rest assessed by right heart catheterization, although the limit has been lowered to 20 mmHg for pulmonary arterial hypertension (PAH). There are 5 different sub-categories of PH defined in the medical literature. Dr. Merkus has developed swine models for two of these sub-categories: type II PH induced by pulmonary vein stenosis and chronic thromboembolism induced PH (CTEPH).

Dr. Merkus developed in collaboration with CNIC-Madrid, a swine model of PVS to investigate the role of Endothelin and exercise in this disease. In their model, young 10 kg pigs have a band placed around the Pulmonary vein that will become constrictive once the animal grows. 4 weeks later, the animals are fully instrumented with ultrasonic flow probes and pressure catheters, with flow probes around the PA and the LAD and pressure catheter in the thoracic aorta. After surgical recovery, the animals are exercise trained from weeks 5-12. In this period, the animal grows to about 60kg and PVS resulting in PAH develops. This model leads to significant right ventricle remodeling and pulmonary microvascular remodeling, measured by increased wall/lumen ratio that is more pronounced in the lower airways. The result of this is an increased maximal constriction but with a reduced sensitivity to Endothelin.

CTEPH, the second form of PH that Dr. Merkus has modeled, can be the result of an acute pulmonary embolism that goes unnoticed and is not completely cleared by the body. This results in vascular stenosis and occlusion, leading to altered shear stress in the pulmonary vasculature. This shear stress subsequently leads to a progressive increase in pulmonary vascular resistance which may lead to symptomatic CTEPH. Why some patients eventually develop CTEPH and others don’t is not clear yet, but it is recently suggested that the nitric oxide (NO)–soluble guanylate cyclase (sGC)–cyclic guanosine monophosphate (cGMP) pathway is involved in the pathophysiology of CTEPH.

The experimental induction of CTEPH in swine involves instrumentation as described above, followed by 4 consecutive weeks of 1x per week exposure to ~15000 spheres (600-710 µm). CTEPH was only successfully induced in the group in which spheres were combined with endothelial dysfunction (administration of an eNOS inhibitor). As with the PVS model, exercise is an important part of the CTEPH studies. As a result of the increased afterload on the right ventricle that develops with CTEPH, a decreased right ventricle/pulmonary artery coupling is observed that is further increased during exercise. These functional changes are associated, just like in the first model, with structural changes in the lung such as an increased wall/lumen ratio. Maximal vasoconstriction, Endothelin-1 plasma levels and certain genes involved in inflammation, oxidative stress, interstitial fibrosis, apoptosis and activation of the Rho-kinase pathway are altered in this model.

The take home messages and main conclusions from the studies discussed by Dr. Merkus are as follows:

Throughout the webinar, Dr. Merkus took time to answer questions from the audience and she followed up by email on several that were not discussed live. If this blog or the webinar raised questions, you are welcome to reach out to Dr. Merkus via daphne.merkus@med.uni-muenchen.de.

We continue our research webinar series on the 22nd April. During this webinar Dr. Antoine Herpain will share with us his research on Heart Rate control by Ivabradine or Esmolol in a Septic Shock model. Free registration is open to all that are interested. Feel welcome to join!