Doppler – A Shift in Perspective

Ultrasound transit-time technology to measure absolute volumetric flow is often confused with Doppler based velocity flow measurements. Most of us are familiar with the Doppler effect. We’ve all noticed that an ambulance with its siren on driving towards us, sounds different from that same ambulance driving away from us. Supporting our customers, I have explained on numerous occasions, what the technological difference is between UTT and velocity flow and knowing that Doppler is used in the life science space, I wondered about its history. Time to be curious and go back in time.

It was already known for quite some time that light and sound both move in waves, when in 1842 the Austrian professor Christian Doppler, a mathematician and physicist at Prague Polytec, published ‘Ueber das farbige Licht der Doppelsterne und einige anderer Gestirne des Himmels‘ (On the colored light of the binary stars and some other stars of the heavens). Binary stars is a star system consisting of two stars orbiting around each other and together they are orbiting the same center of mass. Christian Doppler discovered that binary stars emit different colors of light and that the observed color of a star can change depending on whether you observe only one of the stars in the binary system or both at the same time. In his publication he described his theory that the observed frequency of a wave depends on the relative speed of the source and the observer. Doppler used this theory to explain the colors of binary stars. He had also calculated that he would need to be able to measure a speed of 33 mile per second to test his light color hypothesis. This was not feasible at that time.

It took a couple of years, but in the summer of 1845 the Dutch physicist Christoph Buys Ballot, professor at the University of Utrecht, had an idea to test Doppler’s hypothesis. Sound does not travel as fast as light does and Buys Ballot had calculated that at a speed of 70 km per hour the musical note ‘A-flat’ would sound like a high ‘C’. 70 km per hour was fast at that time, but since the building of the first steam train in 1804, but no longer impossible. Buys Ballot arranged horn players to play specific pitches on their instruments while riding in the train back and forward between Utrecht and Maarssen. Experienced musicians with a good ear for musical notes had the task to listen along the route and write down the notes that they heard as the train of musicians approached and past. This test confirmed that the notes played by the musicians were indeed different than the notes perceived by the listeners, depending on whether the train was approaching or had already passed. With this test’s success, the Doppler effect got its name. 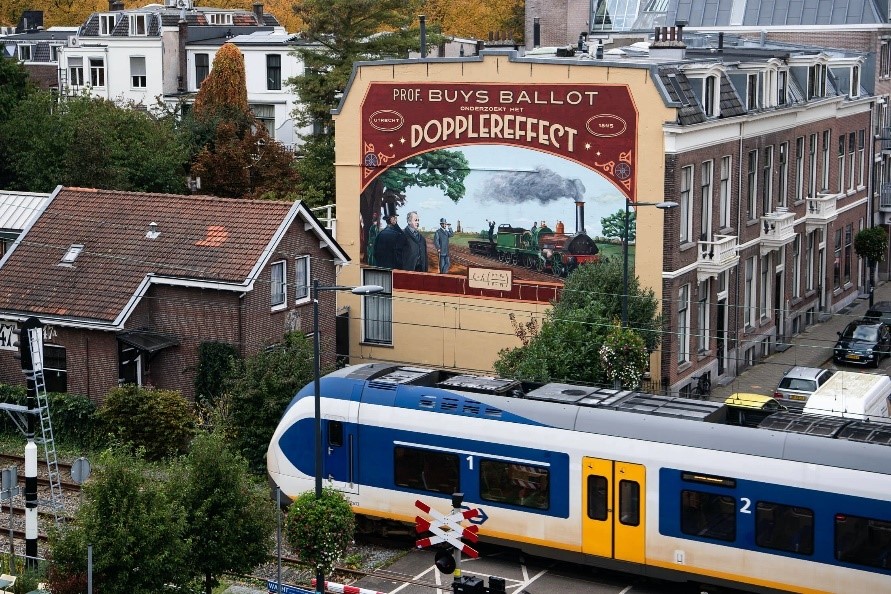 Although Buys Ballot did not immediately see how the concept he had just proven would be useful in daily life, multiple very effective applications have been developed since. The Doppler effect is currently used in submarines as a navigation tool. We may also thank Mr. Doppler for the development of gynecological echo, allowing physicians to monitor the development of babies, months before they are born. In the life science field, Doppler is used to calculate various parameters – both invasively and non-invasively. In the field of hemodynamics, our volumetric transit-time flow probes and sensors have largely displaced Doppler technologies since the 1980s. However, Doppler still serves an important role, specifically in the measurement of microvascular flow rates, such as in cerebral stroke models or renal medullary flow. For more information about these and other applications, learn more about our BLF22 Doppler system.

Due to Mr. Doppler’s discovery so many years ago, we now get to enjoy a largely better world because of it, perhaps with one important caveat – speeding tickets. Doppler shift is also used in radar speed enforcement; it allows police ‘radar guns’ to accurately detect speed from a distance. And from speeding tickets it’s only a small shift to car traffic. Regardless if good or bad, green or red, car traffic is still a ubiquitous experience for most of us and it is modeled after another related physics concept: fluid dynamics, especially laminar and turbulent flow behaviors. However, we will have to save this for another conversation soon. Don’t miss out! Make sure to check our past blogs and subscribe.