Executives Speak Out About Preparing for Value-Based Care 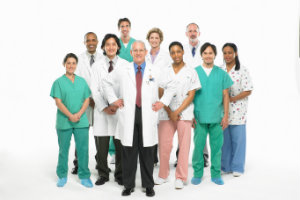 Providers are anxiously awaiting the Medicare Access and CHIP Reauthorization Act (MACRA) final rule that will be handed down this fall. Starting in January, data on the quality and efficacy of a physician’s care will be collected.

While healthcare executives worry that the next phase will be troublesome for doctors, they are optimistic that patients and physicians will benefit from the change to value-based care.

Despite some of the perceived benefits of MACRA, its actual implementation will be “painful,” some respondents said, with many noting they’d like to get started transitioning sooner rather than later.

Nearly three-quarters of hospital leaders surveyed said that, despite the new MACRA structure designed to help “streamline” the reporting process, they think the new reporting requirements for physician incentives will be more burdensome.

Dr. Lawerence Huntoon recently wrote in the Journal of American Physicians and Surgeons that physicians have been living under “threatened large Medicare fee cuts dictated by the sustained growth rate (SGR) formula, and now face nearly certain fee cuts, along with vastly expanded administrative work, because of MACRA—sometimes called the ‘Doc Fix.’”

It’s this extra administrative work that Huntoon notes will contribute to continued and even expanded physician burnout.

Hospital leaders need to create an environment to support physicians during this time, says Joel Allison, CEO of Baylor Scott & White Health. This environment should include things like necessary technology or new models of care.

The Centers for Medicare & Medicaid Services (CMS) is also offering providers options on how to participate in MACRA’s Quality Payment Program. The proposed rule will give providers four options that range from “submitting ‘some data’ to fully participating in an Advanced Alternative Payment Model. CMS says it wants to allow providers to participate in the program at a speed with which they are comfortable, at least for the first year,” according to Becker’s Hospital Review.

Andy Slavitt, acting administrator of CMS, said the final rule will be released Nov. 1. “However, if you choose to participate in 2017, we will have resources available to assist you and walk you through whatever needs to be done. And however you choose to participate, your feedback will be invaluable to building this program for the long term to achieve the outcomes that matter to your patients,” he says.

Implications of the Build Back Better Act’s Impact on Hospitals

The Build Back Better Act (BBBA) was adopted by the House of Representatives in November of 2021. The total package...
Read More