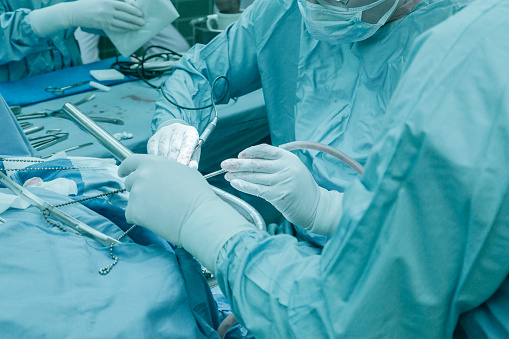 Italian neurosurgeons have ushered in a new era in brain surgery when, on November 14th, they performed their first aneurysm clipping operation with the patient awake. "Awake surgery," which until now been used by neurosurgeons for the removal of brain tumors in critical areas, has now expanded its reach to aneurysm clipping surgery. By having the patient awake during the operation, the surgical team at the Hospital S. Chiara in Trento, Italy was able to monitor not only the patient’s primary motility and sensitivity but also the control of higher and more complex cognitive functions such as language, comprehension, processing of emotions, and vision as a metal clip was meticulously applied to a middle cerebral artery to close off a cerebral aneurysm. Performing the surgery while a patient is awake also lowers intraoperative risks of neurological deficits and ventilator associated morbidities.