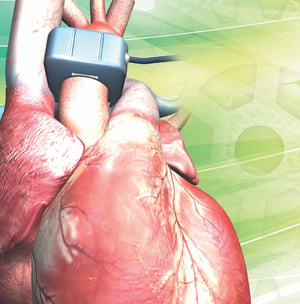 This is the third and final installment in our “Experimental Design Puzzles” blog series that illustrates several experimental design examples focused on the challenges posed by the complexity of the mechanism to be studied. In addition, these blogs discuss the limitations of experiments inherent to in vivo protocols, but foremost the options you do have so you, as a reader, will be able to have a fresh look on your own research. In “Experimental Design Puzzles Part 1 and Part 2” we have used publications to exemplify a careful and resourceful experimental design used to isolate effects within complex multilayered regulatory mechanisms. Since these publications are excellent examples of the proper understanding and use of the physiology behind the relationship between pressure and flow, we chose to highlight a few aspects of this relationship here in the last blog of the series.

The Flow and Pressure Relationship

Adequate blood flow provides nutrients and oxygen to tissues. A specific optimum ratio between oxygen delivery and oxygen consumption exists for individual tissues and requirements due to tissue types and conditions (physiological and pathophysiological) are non-stop being modulated and affected by systemic and local mechanisms. While arterial blood pressure ensures the pressure gradient to drive blood flow throughout the arterial system at any one time, the local regulation (via local arteriolar tone) regulates flow to meet highly specific local demands with some degree of systemic independence.

Experimental designs should consider more comprehensive hemodynamic assessments of both pressure and blood flow and foremost, the interaction between them. Resistance (pressure gradient/ flow) and conductance (flow/pressure gradient) are the pressure and flow relationship variables used to quantify changes in vasomotor gradient.

As we can see in the above formulas, these variables are opposite and, therefore, it is easy to assume they are interchangeable. However this is not the case.

The study “Resistance or Conductance for Expression of Arterial Vascular Tone” shows vascular tone, under different flow measurements while pressure remains constant at 100mmHg. The vascular tone is plotted as resistance or conductance, demonstrating that conductance (flow/pressure gradient) is linearly related to blood flow, while resistance (pressure gradient/flow) is nonlinearly related to blood flow. This must be considered when calculating the average of collected data points for variable responses. While the linear nature of the conductance enables simple mathematical tools, the nonlinear relationship between flow and resistance requires a more complex mathematical assessment, especially at low flows.

Data misinterpretation can range from minor inaccuracies in parameters with small variability, to gross errors that may completely conceal the real biological responses and lead to incorrect conclusions. A demonstration of opposite conclusions can be found, and better understood, in a study evaluating thermal status and baroreflex regulation of regional circulation (O'Leary and Johnson 1989).

Usually, vascular tone is expressed as vascular resistance. So, based on the points mentioned above, which index of the vasomotor response is the most appropriate choice to investigate the flow and pressure relationship?

Cardiovascular responses are usually multi-layer systems, with inter-dependencies and opposite and redundant subsystems aiming to maintain homeostasis under physiological and pathophysiological states. Cardiac, vascular, and central effects must always be considered in experimental design and data interpretation. The cardiovascular variable in focus should always be considered against other variables, especially when cardiovascular maneuvers (using pharmacological agents for example) are performed in vivo. Vasomotor, pressor, and reflex responses should always be well thought out. These effects could be present, not only under baseline conditions, but also once the system is challenged, albeit in potentially different degrees.

One approach is to consider the parameter that undergoes the primary change (flow or pressure). The proper index, resistance or conductance, to accurately reflect changes in vascular tone, should have the parameter (flow or pressure) that undergoes the primary or significant change as the numerator (Lautt 1989). This is a relatively straight forward method when applied to isolated organ preparations with pressure or flow held constant. However, when conducting in vivo studies, specific tissue perfusion exhibits dynamic flow and pressure behaviors. Therefore, the appropriate parameter needs to be selected carefully (O’Leary 1991).

From the physiological point of view, it is helpful to understand that local changes in vascular tone primarily produce changes in local blood flow rather than systemic blood pressure. Under most conditions in vivo, local vascular responses will result primarily in flow responses rather than pressure responses and, under those conditions, conductance would be the more suitable choice as vascular tone index (Lautt 1989).

In short, one can use the analogy between hemodynamics as a hydraulic system when analyzing regional vascular responses. If total system flow (Cardiac Output), system pressure (SAP) and local flow (specific organ/tissue flow) are known, then the change in pressure associated with the regional vasomotor response can be calculated using either resistance or conductance indexes. However, since these measurements may be technically impossible in many preparations, especially in vivo, the selection of the appropriate index to evaluate the underlying physiological mechanism becomes even more important (O’Leary 1991).

We started in November with the discussion on the potential complexity of in vivo experimental design with the publication  “Role of endothelial nitric oxide in control of peripheral vascular conductance during muscle metaboreflex activation” as an example. We followed with a second blog highlighting the publication “Muscle metaboreflex-induced central blood volume mobilization in heart failure” to discuss in more depth the methodology and data analysis necessary to isolate changes in one specific parameter. With this third blog we complete the trilogy of Experimental Design Puzzles and hope you have enjoyed this journey that took you step by step through the points to consider when designing, conducting and analyzing complex in vivo experiments.